The Two Major Weaknesses of Logotherapy

The two major weaknesses of logotherapy can be easily addressed as strengths of the approach at the same moment. The flexibility of logotherapy demonstrates an approach that is able to be adapted to the differences between individuals. If a therapy is rigorous and unwavering in its application, the approach is unable to be adjusted for different people and is less effective. The coupling of logotherapy with other therapies demonstrates a therapeutic emphasis on increasing the effectiveness of sole treatments by themselves. As it is effective in providing improved results with a variety of proven methods, logotherapy serves as an amplifying force that increases the effectiveness of treatments and decreases the probability of relapse after treatment ceases for individuals. 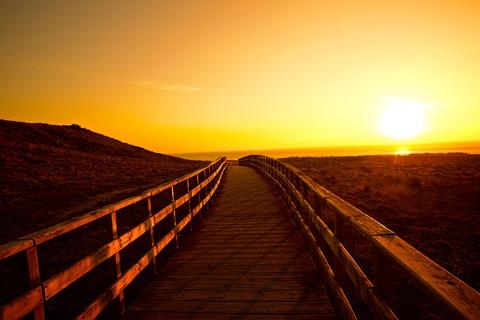 Logotherapy has demonstrated a high degree of usefulness in a variety of applications. Lantz (1998) applied the approach of logotherapy to group therapy. In examining the effect of the approach on the group, Lantz (1998) found that therapy groups developed a greater degree of cohesiveness and had groups stay together for as long as fifteen years. The impact of logotherapy on a group setting of therapy is that deeper connections are made between group members that seem to be longer lasting. The individuals in a logotherapy group setting utilize several techniques that are very similar to Gestaltist techniques but focus on a deeper meaning for life and the purpose in life of the individuals. The connections that are made between the group members are highly supportive and understanding in these types of group settings due the universality of individuals’ desiring a meaning in life and daily activities. Das (1998) addressed the concept of apathy that prevailed throughout society as being something that affected a societal group in having a meaning. The use of logotherapy in group setting demonstrates how the group can combat the pressure of societal apathy upon the individual by providing a supportive network and structure for the individuals of the group.

Logotherapy addresses individual suffering and provides a meaning for the suffering that one experiences. By addressing suffering, logotherapy provides an option for addressing depression. Blair (2004) utilized logotherapy for the treatment of adolescents with depression. In treating the adolescents, he found that the treatment was useful when dealing with individuals that were able to introspectively examine how they felt about their depression and the effects it had upon them. The approach gave the adolescents power to make decisions for themselves by providing them with an opening to insert whatever answer they felt would be correct in understanding their depression instead of needing to choose from the options that were provided to them by external sources that would often conflict each other. As the individuals began to shift focus from suffering without meaning to the meaning in their suffering, their depressive symptoms would alleviate by the fact that the depressive symptoms were not the topic of focus, but the meaning had become the topic of focus for the adolescents.

In conclusion, logotherapy has contributed to improve the effectiveness of several other therapeutic approaches. In advancing other approaches, logotherapy has shown that a single treatment that does not provide a purpose for an individual to improve or persevere through suffering is not as effective over time as one that also addresses why the individual had suffered through the difficult episodes. To provide a point to the suffering and turmoil allows the individual to more fully understand and respect the situation in which they experience life. To suffering meaninglessly is much worse that to suffer with a purpose. Occasionally, a purpose will pull the individual through the suffering to a better state of mind and condition. Logotherapy aids the individual to understand a reason for their difficulties for the purpose of making sense of life. When everything makes sense and the person understands life a little better, psychological difficulties become a little easier to survive.